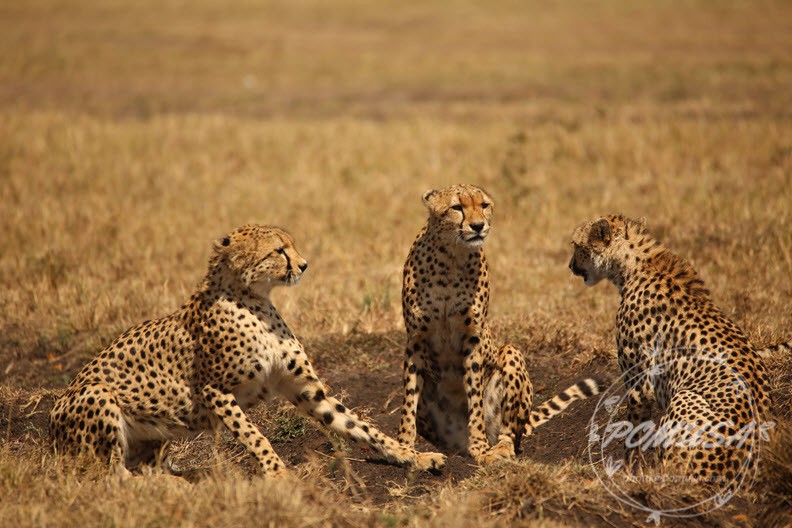 Nineth Day of the Trip

Since we had to pack our bags to move camp, we didn’t have to get up till 530am. Today we had a sit-down breakfast at 6:30 am for the first time since we left Lake Naivasha. Everyone was really happy about it with a ton of smiley faces.

Bags to be moved over to the new camp.

Last stop at the souvenir store…

So we started off this morning with a breakfast hunt by the cheetah.. yes.. it’s a cheetah but different cheetah from the pack we saw yesterday. You can see it chasing after a Thompson Gazelle

So we decided to go back to the lazy cheetahs again… This time they are five males and one female who are lying down. The story goes that they are fighting as who should have the dominant rights to mate the female. They went on for hours and it’s kind of boring… 🙂

The owner of Matira Bush Camp, Anthony tried to make a Banana Call to the cheetah to hurry up!

It got late and the warthogs were more interesting to watch as it kneel down to eat something off the ground.

So some of us decided to head to the new camp while there is still daylight. This camp is a lot bigger and feels more like a honeymoon resort than a bush camp. We had our first dinner and its more of a-la-carte and no buffet. Food is a little fancier and catered more for European cuisine. Every meal had a soup that goes with it and it has a fancy plated arrangement. Just an fyi.. there were no curry dishes this time.

We had issues with the shower and it’s actually worse than the Bush Camp. Believe it or not, We liked the bed at the Bush Camp better.