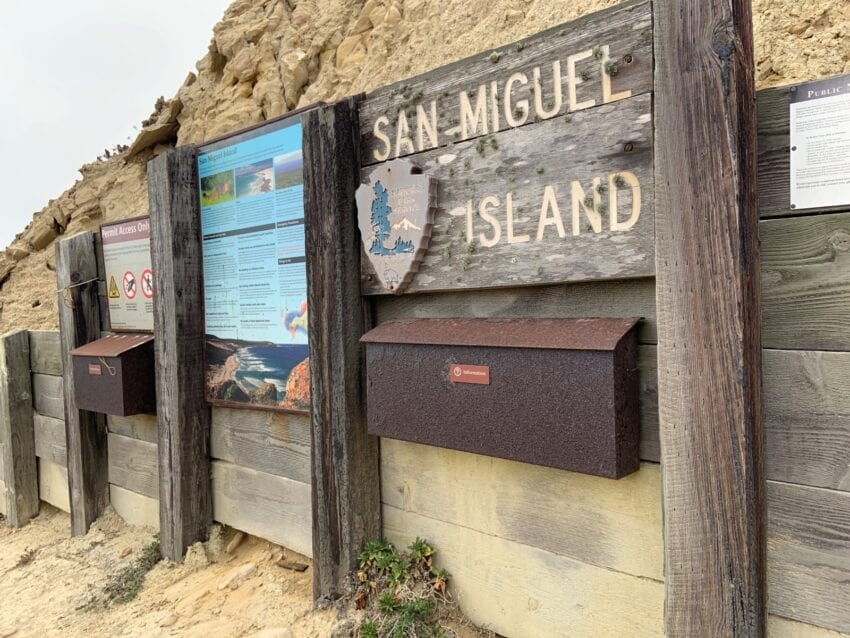 This is a compilation list of books related to San Miguel Island which I encountered during my trip to the island. San Miguel Island is part of Channel Islands National Park and lies within Santa Barbara County. This westernmost island receives northwesterly winds and severe weather from the open ocean. The cold and nutrient-rich water surrounding the island is home to a diverse array of the sea not found on the southern islands. Submerged rocks make the nearly 28-mile (45 km) coastline a mariner’s nightmare.

Reprint of the 1937 first edition, with a new introduction by Bruce Craig, Channel Islands National Park. The recollections of mountain man and California pioneer George Nidever (1802-83), as dictated to E.F. Murray. After years spent roving and adventuring from Missouri to Texas, Nidever accompanied Joseph R. Walker to California in 1833, and remained there, joining George C. Yount in a sea otter hunt which had some success. He joined Fremont at Santa Barbara in 1846 and accompanied him as interpreter to Cahuenga where a treaty was signed. Nidever tried the gold fields briefly, but with not important success, ranched for a time on San Miguel Island, and rescued Juana Maria, the “lone woman of San Nicolas Island,” after she had been many years in involuntary exile there. =

Island Life in the Santa Barbara Channel. The Legendary King of San Miguel Island, Herb Lester, died there on June 18, 1942. The story of the Lester Family and their ranching days on San Miguel island is a fascinating one.

Many readers will expect this book to be an elegiac account of life on a little known island with a legendary reputation for desolation, shipwrecks and storms. It could be about the dramas of a childhood recalled in tranquility many years later. But this is not a book written out of other people’s expectations. It is a highly personal account of a continuing relationship with a well known and much beloved landscape.

We are a participant in the Amazon Services LLC Associates Program, an affiliate advertising program designed to provide a means for sites to earn advertising fees by advertising & linking to Amazon properties. Simply as an Amazon Associate, we earn from qualifying purchases, and there is no additional expense to you.

This site uses Akismet to reduce spam. Learn how your comment data is processed.